A successful company starts with the right employees. So, how can you be sure you’re hiring the best talent? The traditional hiring process relies on resume screening, which is time consuming and leaves room for unconscious bias.

Bryq’s 20-minute talent assessment blindly screens candidates based on a combination of their cognitive skills, personality traits, and job requirements – the strongest predictor of future performance.

To optimize and diversify talent hiring, evaluation and management

To empower recruiters and hiring managers to make faster, better, and bias-free hiring decisions through objective data and AI automation

Bryq provides an inclusive and objective hiring process that is mutually beneficial for all involved and bias-free. Bryq can help match employers to the most qualified candidates for the job, leading to better performance, employee satisfaction and profitability. Hiring managers are able to uncover potential superstars that may otherwise get overlooked in the hectic hiring process. For candidates, Bryq can help in identifying their ideal career-path, increasing their chances of long-term job satisfaction and higher productivity. 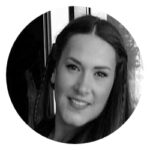 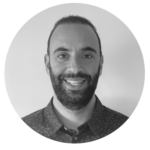 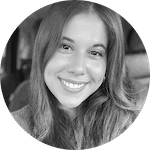 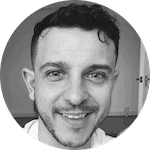 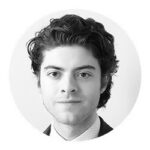 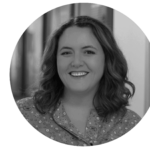 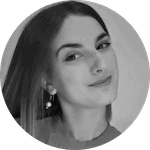 Advisors and Board of Directors

co-founder & Member of the Board

CEO Persado & Member of the Board

Investment Partner BigPi & Member of the Board

Want to understand how Talent Intelligence can become your competitive advantage?
Schedule a demo with our team. 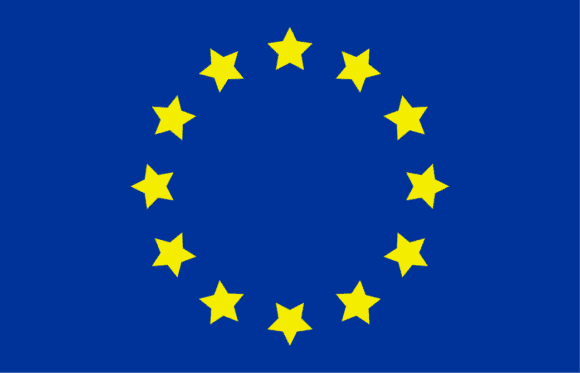 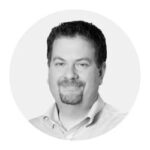 With a strong background in technology and marketing, Markellos is an entrepreneur passionate about delivering results and making great teams.

Previously, Markellos spent 10 years at Upstream, a global leader in mobile marketing, in various roles, among others running the operations in Latin America and establishing new product lines.
Prior to Upstream, Markellos held Product Marketing positions at Microsoft in Seattle and founded ArtLogic, a software house.

Markellos holds a BS and MSc in Computer Science from Friedrich Alexander University Erlangen-Nuremberg and an MBA from the University of Washington. 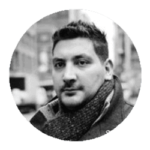 As co-founder and Chief Technology Officer for Lulu, he led the development and technology for 4 years until its acquisition by Badoo. Prior to that, he was the lead engineer for multiple startups.

As Lead Engineer of Persado’s Special Projects team he explored, researched and developed new ways in which Persado’s cognitive technology can be used. 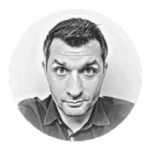 Across his career, Rob has conducted hundreds of interviews, understands the unique challenges faced in high-volume hiring, and is passionate for helping others discover the uncommon simplicity of Bryq’s value to an organization. 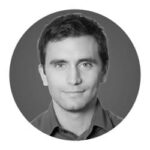 A dynamic and versatile professional with strong experience in Finance, Operations, and Growth with international exposure across Latin America and Europe.

Theodore has been leading the Growth at BEAT, a ride-sharing company acquired by Daimler AG, for more than 2 years and helped the company increase exponentially its footprint and user base internationally by launching new markets and services across 5 different countries in Latin America.

Prior to BEAT, Theodore gained a solid experience in Finance and Operations with fast-growing businesses from different industries such as PeoplePerHour (freelancer marketplace), Upstream (mobile marketing), and Teleperformance (BPO). Theodore holds an MBA from the Athens University of Economics and Business (Greece) as well as a Bachelor in Cinema from the University of Marne-la-Vallée (France) 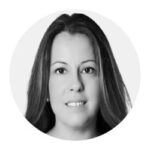 Lina has a passion for HR and organizational behavior. Over the past 15 years, she has helped companies like Upstream and Softomotive (acquired by Microsoft) scale from 20 local employees to several hundred people spread around the Americas, EMEA, LATAM, and APAC.

She knows that good hires lead to successful companies and is helping our customers optimize their hiring process.

Evi is passionate about understanding what drives and motivates people in the workplace which led her to studying Psychology.

Evi’s has a BSc degree in Psychology from the University of Sunderland (First-Class Honours) and currently, she is completing her postgraduate MSc degree in Occupational and Organizational Psychology, from Northumbria University. Both her degrees are accredited by the British Psychological Society.

Through her studies and her roles as Student Mentor, Lead Mentor and Student Ambassador, she has gained a lot of insight on how to support others with patience, respect, professionalism and passion. Evi uses her positive attitude to encourage and motivate individuals, inside and outside the workplace, to achieve their goals, enhance their job performance and find the best environments that fit their interests and personality.

An energetic and proven team leader who is results-oriented, focused on sales and an expert at business development with 18+ years’ experience in the ICT field.

Well organized and passionate in conceiving and executing diverse commercial strategic plans, has managed to develop – from scratch – a worldwide network of Direct and Indirect Sales in various product and service lines.

Prior to Bryq, Elias has served for many years’ international companies, such as Niometrics and Globo, in various senior technical and commercial positions globally.

Alyssa is a marketing and communications professional who has a passion for all things creative.

As a Florida native, Alyssa graduated from the University of South Florida, and began her career in Richmond, Virginia, as an associate for CoStar Group. She then moved to New York City and worked as a Communications Manager and Reporter for the UK-based Mobile Marketing Magazine, which focused on the digital and technology fields.

Most recently, she has relocated back to sunny Florida and is based out of Miami. Alyssa is now using her background in communications and content creation to expand Bryq’s mission through marketing, serving as the Product Marketing Manager. 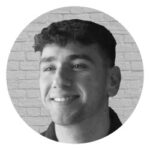 Sarantis could be easily characterized as an extrovert.

During his studies at the American College of Greece, he worked as a student assistant to the Dean of Pierce Gymnasium. During his service in the Greek Army, his discipline, work ethic, and task-oriented attitude led to his role as an Evzone Sergeant of the Greek Presidential Guard.

Sarantis has a keen interest in Industrial-Organizational Psychology, helping teams maximize their motivation, work satisfaction, and most of all, their performance.

Jace is a charismatic and extroverted content creator who loves nothing more than to connect with people through written word. He enjoys adventure and is always up for a challenge.

He attended Northeastern University in Boston, MA, where he worked as a reporter and graduated with a BA in Journalism and Business Administration. His studies led him down under to Melbourne, Australia, where he thrived as a Marketing & Social Media Manager for nearly five years. While in Australia, he studied project management and earned an Advanced Diploma in Social Media Marketing and Communications. When the COVID-19 pandemic began to wreak havoc on the world, he decided it was time to make his way back home to America.

Jace loves a good story just as much as he loves making new friends. His ability to build relationships through storytelling has allowed businesses to make real honest connections with their customers, and he is excited to be able to help Bryq write quality content that truly matters to people.

Alejandro is a passionate Product Designer with a background in HR and Talent Acquisition.

After graduating from the University of Houston, Alejandro worked in Recruitment and Talent acquisition for over 3 years where he supported companies in the Oil & Gas and Petrochemicals industries in the United States and LATAM, such as ExxonMobil, BP, Chevron, Shell, Albemarle, and many more, as well as other companies in the Engineering, Design, Accounting and Finance spaces.

He transferred his passion for people into UX/UI Design because he loves to have an impact on people’s lives through his work. He acquired his UX/UI Design certification in Miami, FL, and now loves designing human-centered digital products.

Tory is an enthusiastic front end developer with a passion for building and creating!
She graduated from Queen’s University, in Ontario Canada, with a history degree and spent her early career teaching and working for The Royal Bank of Canada helping their sales force serve customers better.  Looking for more of a challenge, she left her long-time role and went back to school to learn software development.

She acquired her Software Development certification in Toronto where she has helped both large and small clients build functional and great looking applications ever since!  She shares her love of code and problem solving with others as a part-time instructor and mentor at a coding bootcamp that strives to build a more diverse and inclusive developer community.
Linkedin

Anastasia is passionate about human empowerment and employee engagement.

She has studied Politics and Public Administration at the National and Kapodistrian University of Athens, and although she was fascinated by becoming a diplomat, she took a turn and decided to pursue a career in the Human Resources field. Now, she is pursuing a Master’s degree in Strategic Human Resources Management at the ALBA Graduate Business School.

She is an active competitive debater, and has worked as a Debate Coach in a school, tutoring kids on communication skills. At the same time, her internship at an ethelon NGO, introduced her to the field of employee engagement and taught her how employee volunteering programs can be a benefit for the corporate world.

Anastasia loves working in a diverse environment and volunteers as an HR Manager in an international youth organization. 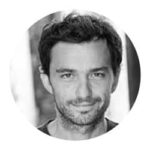 co-founder & Member of the Board

Guy is Bryq’s co-founder and member of the board. He is also on the board of mobile technology firm Upstream, where he previously served as CEO. He co-founded Persado, a Bain Capital Ventures-backed company, where he served as the company’s SVP of Product & Innovation, in charge of product management, algorithmic research, and software development. He has followed a diverse career path, which has seen him own a French pastry shop, found a messaging start-up, write and star in his own TV comedy series and host his own radio show. Guy was also previously a marketing manager for Wanadoo, France Telecom, in Paris, which became Orange. Guy holds a Master’s degree in Social Psychology from the Sorbonne in Paris. 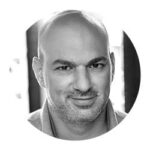 CEO Persado & Member of the Board

Alex is the CEO & founder of Persado. Previously, Alex co-founded Upstream in 2001 and served as the company’s CEO between 2004 and 2012.
During his tenure, the company grew to become a global leader in mobile marketing, with mobile operator clients in more than 40 countries. Alex was responsible for setting Upstream’s strategic direction and spearheading its international sales expansion and product innovation.
Prior to founding Upstream, Alex worked as a management consultant at OC&C/McKenna Group, based out of Boston. He is the first angel investor for Luluvise, where he is also a board member, and serves on the board of advisors of Seyyer. Alex holds a BS in Applied Mathematics from Columbia University and a Masters of Engineering in Operations Research from Cornell University. 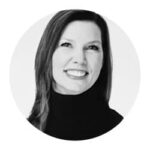 Allison brings over 20 years of progressive business experience at high-performance startups. Over her career, Allison has gained expertise in the areas of human resource management, enablement, product management, communications and customer experience at companies like Braze, Radian6, Sailthru, and Salesforce. Allison is responsible for the strategic oversight and direction of all People-focused aspects of the business, including Talent Management, People Relations, Enablement, People Operations, Diversity and Inclusion, Culture, and Facilities. Allison is also a founding member of the CPOHQ at Twine, a thought leadership community for Chief People Officers to learn from and empower each other. 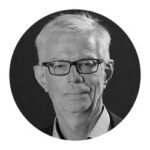 Investment Partner BigPi & Member of the Board

Aristos is an economist and sociologist, who enjoys evaluating and formulating new business models.

He is a pioneer of private equity in Greece. In his 23 years as an investment manager, he has invested in technology startups (with Openfund), and in growth companies across a wide range of industries, from table grapes and health clubs to book logistics and banking software (with Commercial Capital and Eikon Capital). He has participated in the boards of about fifteen companies and taken an active executive role in some of those.

Aristos is also a well-known analyst of the Greek economy and society and has extensive experience in management consulting and in public policy advice. He holds a BA in Social Studies (Harvard), and an MSc in Economics (Birkbeck College, London).